According to statistics, about half of all accidents occur in frontal collisions of cars. In a collision at high speed, drivers of vehicles, without special protective systems, have a low probability of staying alive, no matter how regrettable it may sound. One of the components of such systems is the airbag – a device that is designed to soften the hits taken by the driver and passengers in the event of a car colliding with other vehicles, fences, building walls, trees, etc. At the same time, for the entire existence of airbags, many types of them have been created. We will tell you about the classification of airbags and their modern variations. As a responsible motorist, you should choose the best options, when travelling by car. For example, in the USA, you can rent a manual car NYC.

In modern cars, there are several airbags, and they are located in different parts of the cabin. Based on this, they are divided into the following:

They ate used since 1981 in the Mercedes-Benz car brand. At the same time, there are two subtypes of frontal airbags: for the driver and for the passenger in the front.

As a rule, the second subtype airbag can be turned off. Frontal airbags can be called the most technologically advanced. They were first used as a two-stage and multi-stage operation. Structurally, part of the mechanism is located right in the steering wheel, and the second part is closer to the right edge of the front panel.

Drivers often call them simply “curtains”. Designed to protect the heads of passengers who are both in the front and rear row of seats. The mechanism is usually installed in the rear and front parts of the roof and between the pillars.

They provide additional protection in side collisions. They were first installed in 1994 in Volvo cars, but today they are found not only in vehicles of this brand. In the best airbags of this type, there are two cameras: one soft on top and one hard on the bottom. In some models, they are located on the back of the back seat, most of them in the back of the front seat.

In the overwhelming majority of cases, they are only in front of the driver, less often – under the glove compartment of the front passenger in the cabin.

It provides even higher protection in side collisions. Thanks to this airbag, in a collision the passengers will not press each other down. The mechanism is located in the center of the back of the back row of seats and in the armrest between the passenger and the driver.

There are some very interesting solutions. Volvo is today a pioneer in external passive protection. Namely, it has created airbag specifically for pedestrians. In 2012, the Pedestrian Airbag System appeared, working in tandem with a video camera, a radar and seven collision sensors. The airbag itself is located under the hood. 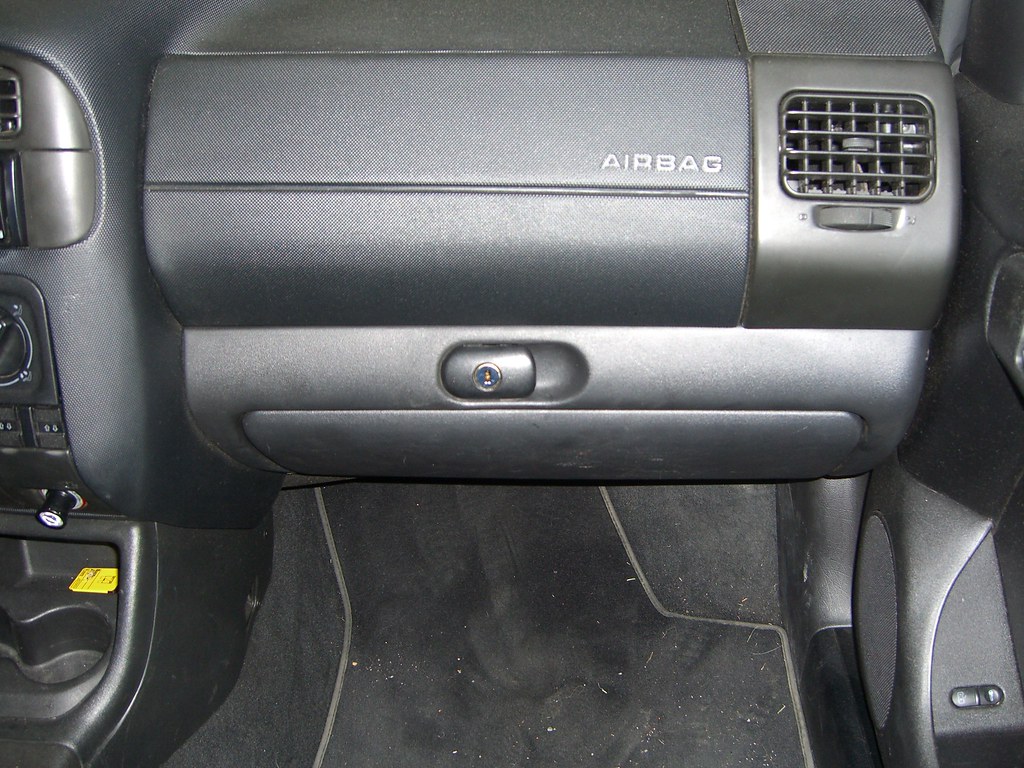 A new type of protective device is able to compensate for the absence of upper curtains or to supplement them. This is an airbag in the front pillar of a convertible.

In the current cabriolets of this brand, head protection with a side impact is still there. This is part of the ‘Porsche Side Impact Protection System’ complex, consisting of bars in the doors, side airbags in the backs of the seats and head airbags, appearing from the top of the door upholstery.

In addition to the airbag, Porsche has patented an active diffuser with moving parts. Moreover, two (or more) of its parts can be adjusted separately, creating a different clamp on the right and left, for example, in turnings.

The security concept of the next generation is automotive side external airbags.

Engineers do not stop working on the invention of new safety technologies. The result of it was the creation of external side airbags by the specialists of the German ZF company. The company demonstrated the first prototype of this system at the Airbag 2018 symposium in Mannheim (Germany). The external airbags are placed in the vehicle’s steps. When deployed, one pillow in about 100 milliseconds is pumped up almost the size of the back of a sofa – 2 meters in length and 50 cm in height. Thanks to such dimensions, it closes almost the entire side of the car, creating reliable protection against impact.

Tests have demonstrated that external airbags, designed to be deployed at the last moment before the collision, reduce the severity of the accident and passenger injuries by at least 30%.

According to the developer, external airbags will be the first intellectual system of active security of the next generation. It is likely that they can be useful for unmanned vehicles.

After the traditional frontal airbags, appeared the side and curtain airbags, knee airbags and even the central airbags, between the driver and the front passenger. Designers have come up with traditional airbags, belts and airbags for pedestrians, airbags with a relief valve and internal flexible connections. The evolution of this system never stops and this is a reassuring fact.

Have you ever dreamed of visiting a beautiful romantic country with a soft climate and a romantic atmosphere? It is not a

Camping has something to offer that allows you to reboot your brain like no other way. Imagine spending time with your family

Getting Customers Excited About Your Marketing

Your business needs revenue to succeed: if your goods and services aren’t generating money, then you’re not going to stay afloat for

Consumer feedback is an essential element of running an organization that usually obtains neglected. With a key vision in focus, it is

If you are a student and you are quite worried about balancing your work and study life. You need to follow specific

Some Best Fitness Applications for a Good Lifestyle

Are you seeing for a resolution to path your daily actions to live an improved life? If the answer is yes, then

Important Parts Of The Dissertation Paper That Cannot Be Skipped

Want to Make Friends in New City? Read HOW!

My Car Won’t Start. What Could Be Wrong? What Should I Do?

Luxury Cars- Unique Features of These Cars that Improve Your Comfort

Car buyers today are presented with a dizzying array of jargon. Dealer-installed accessories, packaged features, and