First of all, the state of Florida is popular as a resort region, because of mild climate, the proximity of the Atlantic and the Gulf of Mexico. Miami has several of the largest beaches: Miami Beach, South Beach, etc. Florida is a paradise for divers. In Biscayne, you can get acquainted with the beauties of the underwater world.

The state’s nature also deserves great attention: here you can admire the sunsets on the coast, watch orange trees, take a walk in the many national parks, inhabited by wild animals. Warm weather, nice water, and rich underwater world are pleasing. However, you can meet predators. There are four species of sharks on these coasts: big white shark, blue shark, tiger shark and bull shark. However, that is not all!

Fauna of Florida, which is better to avoid:

Jellyfish seem harmless until direct contact. The tentacles are dangerous. They leave a large burn on the body. There are several dangerous jellyfish on the coasts of Florida.

One of them is the Cyanea jellyfish (Lion’s mane). Poisonous tentacles, collected in eight bundles up to 30 meters long, complete the body, with a diameter of 2.5 meters. This jellyfish looks beautiful with its tentacles, resembling strands of matted hair or a lion’s mane, but its touch is painful.

They differ from jellyfish in the fact that they live in colonies, where each individual performs a specific role. Some are waiting for food, the second digest it, the third are responsible for the defense of the colony, and the fourth are responsible for reproduction. The swimming bubble of this creature looks like a sail of a medieval ship. It is bright red on top, blue from below and it shimmers from blue to purple. In contrast to common jellyfish, it is able to move against the wind. They are most similar to giant jellyfish with a fringe of long (up to 10 m) tentacles, which can cause very painful and often dangerous burns to health. This creature is considered one of the most dangerous on the Florida beaches. Its poison causes inflammation and swelling of the wound. 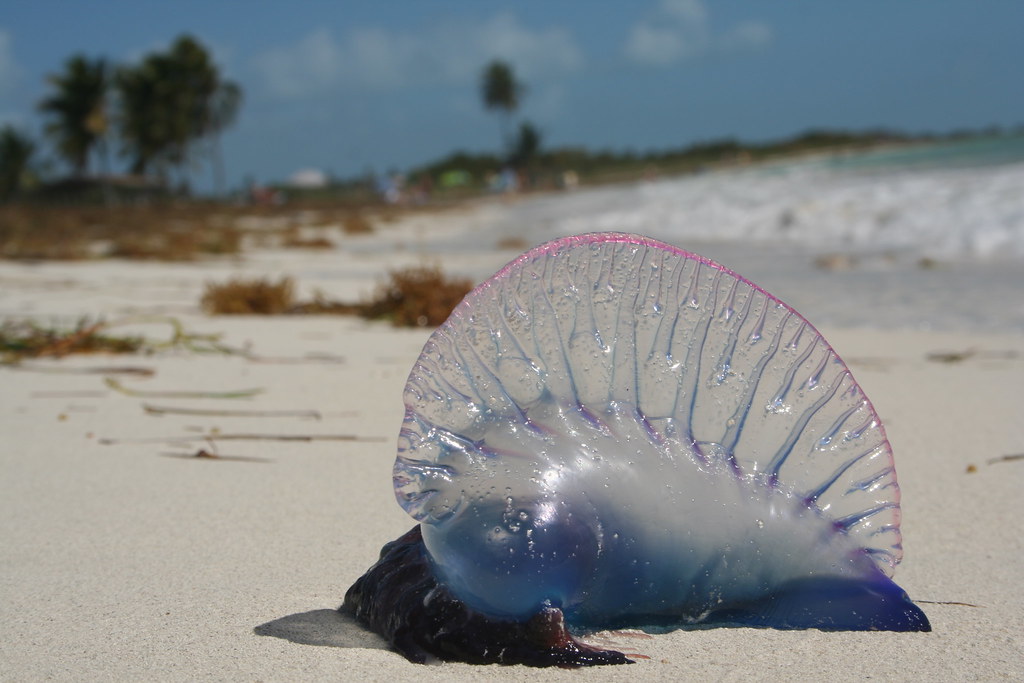 These are sea cows, which sometimes come to disport to the coast. In spite of the fact that manatees are peaceful animals, it is recommended for the swimmers to get out of the water, when you see them. Manatees are more likely to frighten by their size, as the length of adult animal could reach 3 meters. Sometimes, when you are driving along the coast, you can even see how people are helping the manatee to return to the water. It is possible that you will see it as well after ordering Jeep rental Ft Lauderdale, as these cars are making it possible to drive closer to the beach.

People call Florida’s New Smyrna Beach the “world capital” of sharks. Great white sharks are commonly found at the coast of Florida and California, as well as in the northeast of the country, on the Atlantic coast. This shark is the most dangerous among all of the oceanic sharks. This predator grows up to 6 meter in length. For this shark, man is the same prey as any other mammal. Unfortunately, just one bite can be lethal.

This poisonous spider loves to relax in cool dark places, such as cardboard boxes, shoes and even in drawers, where you store clothes. You will not notice its bite at once, but after about 5 hours, everything significantly changes. Most deaths occur in people with a weak immune system. 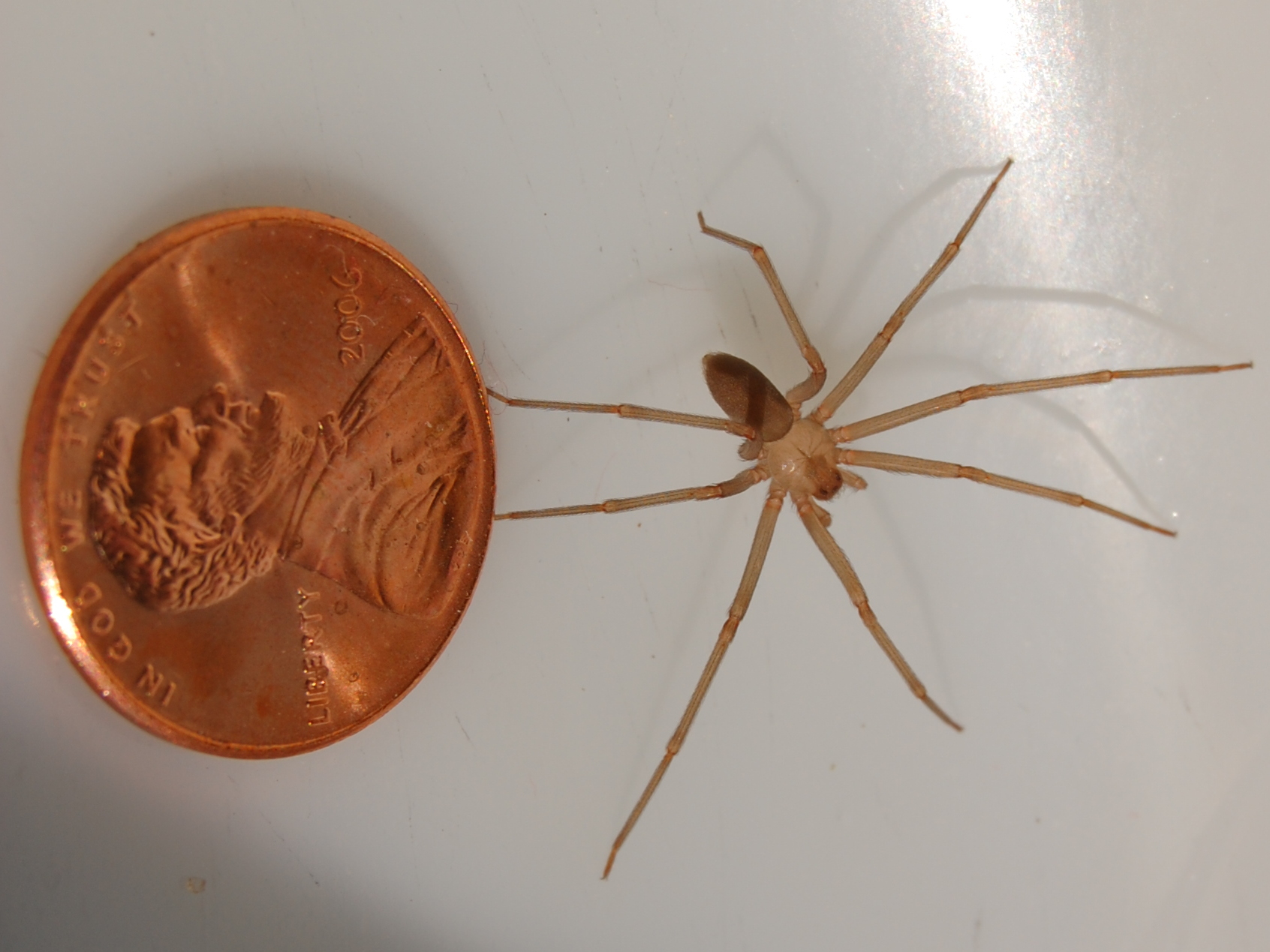 Do not forget about rip current, when you are attending beach

Numerous placards, installed without exception on all the beaches of Florida, warn about the backflows. The most dangerous for people are undertows in shallow waters with many islands, sand spits and shallows. During low tide, water does not return to the sea immediately. It is like a river inside the sea. The speed of the river depends on the width of the spit. There is a channel of bubbling water, which is perpendicularly to the shore, or among the stormy waves, a strip of calm water. Usually the width of such a “river” is not more than 2-4 meters. Much less often, a flow up to 50 meters wide is formed.

Not only the beginners, but also even the experienced swimmers know that it is difficult to cope with the rapid sea current. The insidiousness of the breakdown currents is that they arise near the coast and catch those who simply stand or splash in the water and carry to the depths. It is recommended to choose only crowded beaches, as the lifeguards would definitely be there in case of danger.

What to do if you are in rip zone?

Do not resist the undertow, save strength. Until the flow weakens, hold on the surface of the water. Only the top layer of water moves quickly, it does not cover, but simply carries you.

Then try to swim out of the harbor seiche, swim in parallel to the shore. After getting out of the tide, come back to the coast at a slight angle. If you immediately go to the shore, there is a risk of getting into rip again. Rescuers know about rip current and set red flags in places of formation. This is an additional identification mark: you should not enter the water and swim near the flags. Focus on waves with white lamb. They will direct you to the shore.

Florida’s nature is very rich and beautiful. However, do not forget about the dangers that may conceal new beaches and thickets. Carefully choose the places for swimming in Florida, since in some areas cold ocean currents often approach the shore, and the rocky shores are quite inconvenient for moving. Do not forget about our tips and let your stay be informative and relaxing.

Consumer feedback is an essential element of running an organization that usually obtains neglected. With a key vision in focus, it is

If you are a student and you are quite worried about balancing your work and study life. You need to follow specific

There are many types of cars in the world and not all of them are good for your particular business needs. To

Finding the Best Time to Get Pregnant

5 Things You Should Know About Cupping Therapy